Investigations revealed a previous sale at auction in Tokyo on 20 July 2017 where it was graded 4.5 B.

It was also listed for sale as a one owner car on “Goo-net”, a website where many Japanese dealers list their stock. List price was 4.48 million Yen (including 8% Japanese consumption tax), through a dealer associated with the HAA auction. So we assume they had bought it from Tokyo back in July and decided to re-auction it when it hadn’t sold through their dealer outlet.

On inspection there was some surface rust underneath in the rear, but this was only minor and had been painted over more as a preventative measure. The body of the car, boot, engine bay and all seams were completely free of rust and it appeared to be very well cared for and most likely garaged for a good portion of its life.

The kms looked genuine from the overall condition, and the factory wheel balance weights were still on the wheels.

Cig burns were noticeably on the seats, plus one tiny singe on the driver’s door card. Ash tray had been used but there was no smell of smoke at all inside.

Dash and interior were otherwise very nice and clean, and our agent described it as one of the best R33 GTR’s he had seen for a long time.

Body had a few scratches on the roof and rear spoiler and the bottom lip of the front spoiler looked like it had been resprayed as was
slightly off colour. No pin dents were found at all on the body.

Whether you’re looking for a 1995 Nissan Skyline R33 GTR VSpec like this, or another year, make or model, we can find it for you in nice condition. 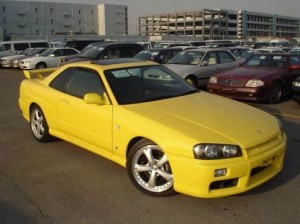 I imported a Skyline R34 GT-T coupe through you guys before and it turned out great. I am now keen to import another car, hope you can help me out again like last time. 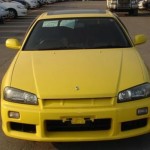 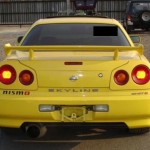 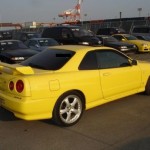 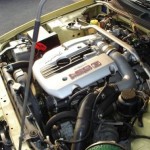 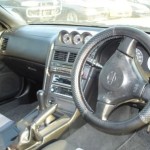 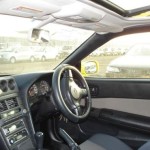 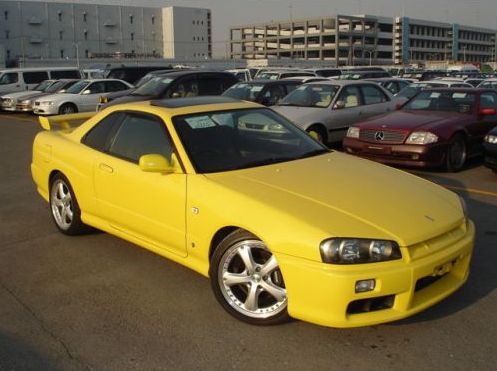