This low roof petrol short wheel base 2003 Mitsubishi Delica PD6W Chamonix 7-seater was inspected for a client at HAA Kobe auction on 23 January 2016.

Overall it was a good clean vehicle considering that Delicas are becoming quite difficult to find in well kept condition and a genuine grade 4 is a rare thing. It was a 7-seater with swiveling seats.

Some minor paint and dent repair needed around the body

Front bumper lower lip piece where the fog lights sit, a few places near the headlights were scratched. Bottom piece could do with painting

LHF fender had a 30cm long scratch which had been touched up, not too obvious and could remain as is

LHS front door had a coin-sized dent below the door handle, paintless dent removal should remove it

Rear hatch had some scratches where it had been opened up into something, some may buff out, not too deep

Rear bumper had a few scratches, most could be buffed out

RHR quarter panel, midway down the panel had a couple of small pin dents, paintless dent removal should also work on these

Silver and grey decal that runs along the bottom of the side panels on the driver’s side door area, two spots where that decal had been scratched / damaged

Minor rust underneath on bolts and brackets but nothing major

Minor dirt on the seats and carpets

Dash plastic in good condition without scratches, roof lining quite nice other than a couple of dirty marks

Carpets needed a clean where something had been spilled

This vehicle sold for 420,000 YEN FOB. Total price in Australia at that time would have been approx. $10,900 complied plus tyres and ORC’s (calculated at a rate of 83 yen to the dollar).

Whether you’re looking for a 2003 Mitsubishi Delica Chamonix PD6W 7-seater like this, or another year, make or model, we can find it for you in nice condition. 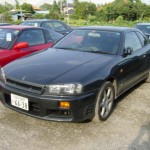 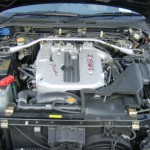 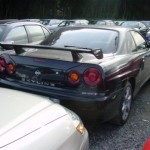 The Nissan Skyline R34 was an awesome awesome car, it was the best car I have ever owned. I kept it for 7 years … absolute trouble free, reliable, unique and a great drive.

It was hard to let go of, but with a growing family had to eventually trade it in … in the end after 7 years of good use ended up getting $14K trade in at a dealer, which was bloody good … considering it was a an import landed for $25K, 7 years earlier.

For now I now drive around in a Golf GTI which I bought brand new, but with a growing family we need a bit more room. That plus the fact that the German built VW has already started to develop squeaks and rattles I never experienced in my Skyline!! …

Right now I am having a look at the people movers (something with three rows of seats) and the officially available range on the Australian market is just awful … I don’t really like what I see. They are terrible value and very very low tech.

Was thinking about an E51 Elgrand a few months back but it is way too large for my wife to drive around so having a look at the Delica instead, which is a bit more compact.

Have been looking at the Delica D5 (2007) at the Parramatta dealerships … but I am a bit suspicious of the KMs having been wound back and tampered with by the Australian dealers. And now having done a back of the envelope calc with your import price calculator based on the recent auction prices you just sent through I don’t quite know how they (dealers) could offer their cars at the price they do without having wound back the KM’s (and make a profit).

So once the wife test drives the Delica … and gives me the OK … I will go down the private import path again and rely on the Japanese auctions rather than the unregulated import dealers here. 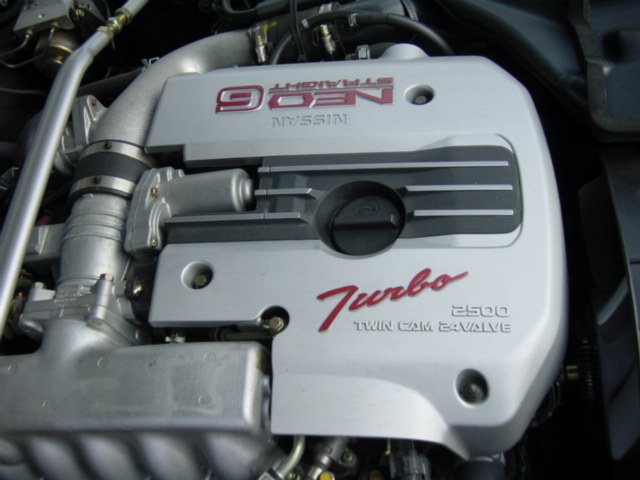