This 2001 Toyota Supra RZ-S 3L twin turbo was inspected for a client and sold at BAYAUC auction in Japan on 25 February 2015.

Rare November built 2001 Toyota Supra RZ-S 3L twin turbo auto traveled less than 5,000 kms per year. One owner car with keyless entry and spare key. It was in very nice condition overall, with shiny clean body and paint. Only minor scratches and small dents which were barely noticeable. Clean underneath, running perfectly. Small marks and dirt inside, and slight damage to the steering wheel leather. Left power mirror fold-in function was not working but normal power mirror controls themselves were fine.

We only source for import the best vehicles with clean and tidy interiors, and only vehicles we would be pleased to own ourselves. This is why we are constantly told by clients that the vehicles we source are well above the condition of most others on the local market.

Whether you’d like to import a 2001 Toyota Supra RZ-S 3L twin turbo like this one, or another year, make or model, we can find it for you in nice condition. 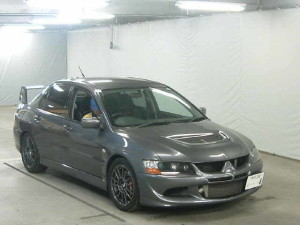 It’s been a few years since I imported a 2004 Mitsubishi EVO 8 MR through Geoff and the team at Prestige Motorsport. The car was what I wanted back then and still is today.

I get asked where I got it from in such good condition and I always let them know. Trust is a hard thing to earn and easily broken, but trust is exactly what Geoff delivers. 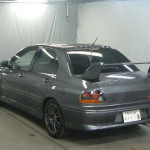 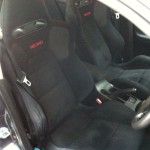 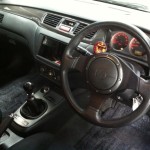 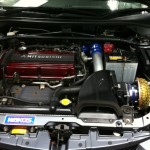