Auction grade 3.5 C. On inspection we found the condition to be reasonable for age for one of these cars. Past repair to the front looked fine. Existing broken front bumper and associated damage under the front as pictured. Worn driver’s seat and interior generally. Faded paint to body vents. Rest of the paintwork wasn’t too bad. Clean and rust free underneath despite wearing snow tyres.

Prices are rising very quickly on classic models like this cute kei sports car as they become harder to find in good condition.

We can source another Mazda Autozam AZ-1 or classic early 90’s model under the 25 Year Rule.

Prices are constantly changing as vehicles age and new models are released – classic cars like this one increase in value over time and near new cars typically depreciate in Japan at a rate of 10 to 15% per year for the first few years.

So for the most up to date pricing please get in touch with us for a current market price on the specification you want. 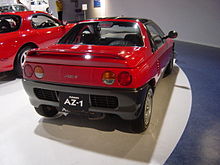 The car was made available to the buying public on January 1992, with two color options, Siberia Blue and Classic Red. Both colors came with Venetian Gray lower panels. Each car was sold through the Autozam dealer network in Japan.[11]

Unfortunately by the time car came into production, the recession in Japan had just come into force. Selling for 1,498 million ¥ (the equivalent of $12,400), it was slightly less than a Eunos Roadster, but marginally higher than its competitor, the Honda Beat selling at 1,388 million ¥[12] and the Suzuki Cappuccino at 1,458 million ¥,[13] the AZ-1 was considered to be both too expensive and too cramped for a kei car. The car failed to sell within its target of 800 per month, in the midst of an economic recession. Production of the car ended after the following year, but Mazda had plenty of stock to sell off.[14]

Whether you’re looking for a Mazda Autozam AZ-1 like this, or another year, make or model, we can find it for you in nice condition and at the best possible price. 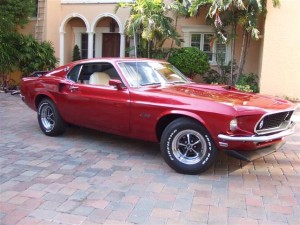 Just wanted to let you guys know that the Mustang got delivered Wed 22nd.

It rolled out of the container looking surprisingly clean and shiny and none the worse for wear after 2 months at sea.

All the spare parts were there as well, so I couldn’t be more pleased.

Some mud on the back tires caught the attention of the quarantine inspector but it wasn’t enough to hold things up (thank God).

Many thanks and have a great Christmas.

Check out this youtube video of me starting the car for the first time. 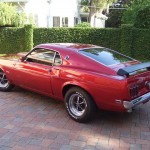 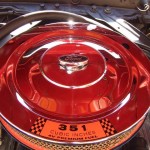 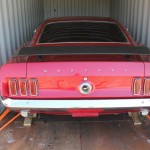 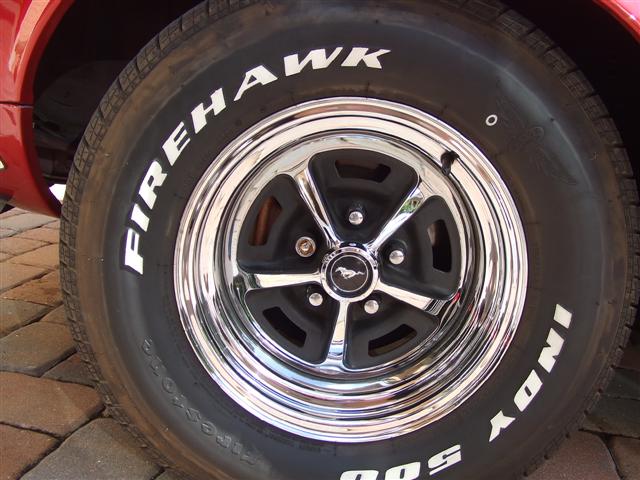