This classic 1985 Toyota Sprinter GT APEX AE86 3 door coupe was inspected for a client at USS Nagoya auction on 21 April 2017.

This AE86 was in good condition overall considering age and modifications. The engine check warning light was on but may have been something simple like an O2 sensor as there was no apparent issue with the engine which was running fine when inspected. Not running hot and no unusual noises.

Auction report noted rust underneath, which can be seen in the close up pictures. This was actually not too bad for the age of the car and the body itself was solid. Importantly, there was no rust in other typical problem areas for this model, such as rear quarter panels.

Auction report also mentioned past repair history to front and rear, with “wrinkled” rear floor, and repair traces to the front of the car. On inspection it was clear that the rear underfloor had been damaged and repaired at some point in the past. However both front and rear repairs did not appear large, and were at least a few years old.

Interior was missing the rear seats and trim. A couple of cigarette burns on the seats, but no obvious smell of smoke inside the car.

Some cracking to the dash.

Clearly the vehicle had been used either on the track or for some spirited road use.

A few dents and other faults are noted in close up pictures. Tyres were nearly bald and needed replacing.

Whether you’re looking for a classic 1985 Toyota Sprinter GT APEX AE86 like this, or any other type of vehicle we can find it for you in nice condition. 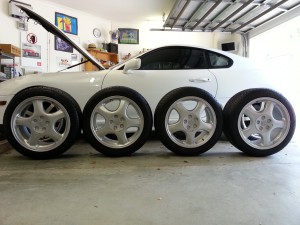 I have gone over the car (2002 Supra RZ twin turbo 6 speed manual) in detail and am satisfied that it is a genuinely good vehicle. A friend visiting from Japan translated much of the maintenance paperwork, it seems to have been really well maintained over the years by Toyota, kms are genuine and it is in very good mechanical condition. In fact it looks new now that all the small dings have been removed by the paintless method. We’ll see what’s next!

Your service was very much appreciated, I understand that you needed to extend yourself beyond the norm to put this deal together under the circumstances, for that I am grateful.

Thanks again for your service. 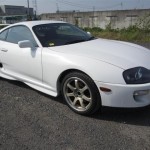 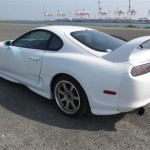 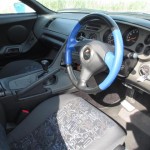 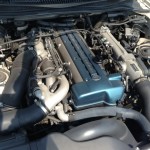 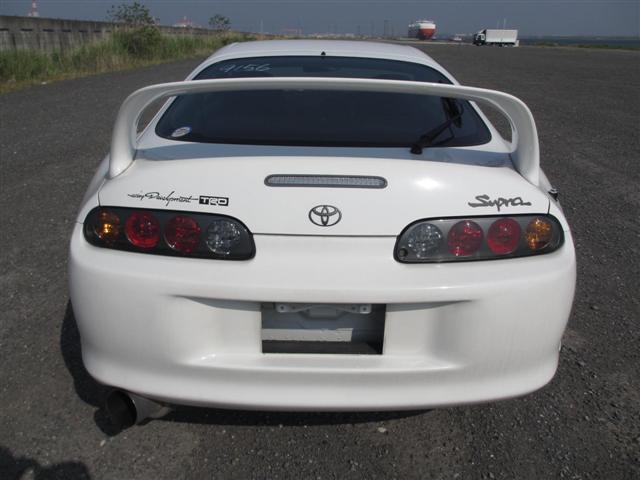