This classic TE27 1973 Toyota Sprinter Trueno was inspected for a client at a Japanese dealership on 6 October 2015. As time goes on classic cars are becoming harder to find at auction and prices are rising, so we are sourcing more from specialist dealers in Japan.  See our FAQ Classic Car Dealers in Japan for recommended dealers.

Over 200 pictures were taken including many close-ups of specific areas, only a selection is shown here.

Overall the car was pretty much solid and in decent shape for the age. Not a bad unit, but there had been a few light repairs, and different places repainted. The original colour was more of a cream, so the car has been repainted several times at least. There were also many layers of old undercoating that was very cracked and spider-webbed. Where the cracks had started and paint had peeled off, there was surface rust and first stage oxidation. Again, not a major thing if cleaned up and sealed.

Also on the undercarriage, the rear leaf springs were either purposely unbound and leafs removed to lower the car, or they are very worn. There was basically no tension or bow to the leaf. The car had recently had the engine removed, rebuilt, and the engine bay resprayed. It was very clean under the bonnet, and the engine started right up and ran very well. Also, the transmission and clutch were good, and there was sufficient bite left on the clutch. There was no noise or vibration from the throw-out bearing to linkages. The tyres were quite cracked and needed to be replaced straight away. Steering box and steering column were nice and tight, and all the front ball joints and rubber connection points, link arms, and etc. were in good shape with no major perishing. Nice tight handling up front and strong running engine noted on test drive.  Rear suspension needed some work as mentioned.

Exterior panel condition was not too bad, there were a few spots on the lower side members, and below the window pillars where the original body filler used to smooth out the seams has lifted and / or had been redone.  The general condition of the paint was bright, but the quality was not very good and there were quite a few places that had blemishes and cracks from poor prep-work done.  As mentioned, the car had likely been painted a few times, and each time they had just painted over the previous layer. In our opinion the best thing would be a nice, professional respray by someone who is willing to do the intensive hours of sanding, re-checking lines etc.

Interior — the Recaro seats were in good shape, only minor fading. The rear seats and trim were good for the age. There were a few places on the door card edges where the vinyl had come off, but overall ok. Dash was surprisingly good with no cracks. The glove box door was sagging a bit, but they all do eventually over time. The centre console was in good shape, but again a little lifting / sagging here and there. Headliner was in very good shape with no holes or tears (may be OEM replacement). Rear window tray was ok, although there were a few holes on each side where they have likely run wiring for different speaker setups. Seat belts were original and mounted in the original places. They have simply used the original bolts / holes for the racing harness, and drilled one new hole just behind the originals on the transmission tunnel for left-side harness strap on the Sabelt unit. Last thing on the interior is that there was no sun-visor on the passenger side, and foam had been used underneath the rear seats as the original sound deadener had deteriorated. Interior just needed a bit of a freshening up, but otherwise good as-is and would not need any major money spent on it.

Original locknut key was with the car. For the price paid it was a decent buy. Tyres and rear suspension first on the list for attention.

A solid car but needed proper paint and a few other items addressed to make it a stand-out car.

We only source and import the best vehicles with clean and tidy interiors, and only vehicles we would be pleased to own ourselves. This is why we are constantly told by clients that the vehicles we source are well above the condition of most others on the local market.

Whether you’re looking to import a 1973 Toyota Sprinter Trueno like this, or another year, make or model, we can find it for you in nice condition.

Use our online Auction Search to browse vehicles coming up for auction and research past sale prices. 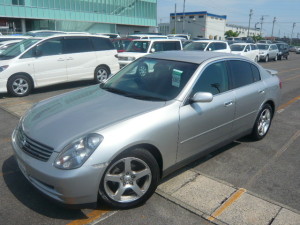 Just letting you know that I received my V35 a few weeks ago now, and I am very happy with my choice to import!
The car is immaculate and drives perfect. Even the licensing guy was impressed with the condition it is in.

I thought I would let you know a bit about how I found the process as a first time importer.

Your advice and professional manner was what helped me make the decision to import.
To win the first bid on such a quality vehicle was great!
The Info pack you emailed was clear, helpful and easy to understand.

All in all, more than happy with the outcome!

Thanks again Geoff. I would recommend your services with out hesitation. 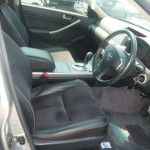 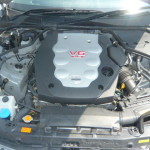 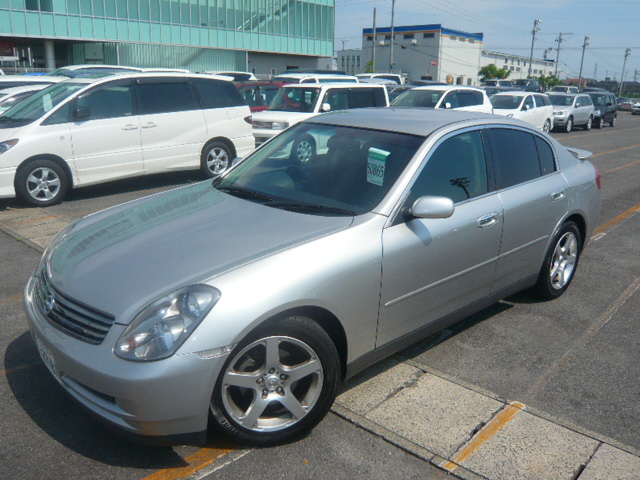